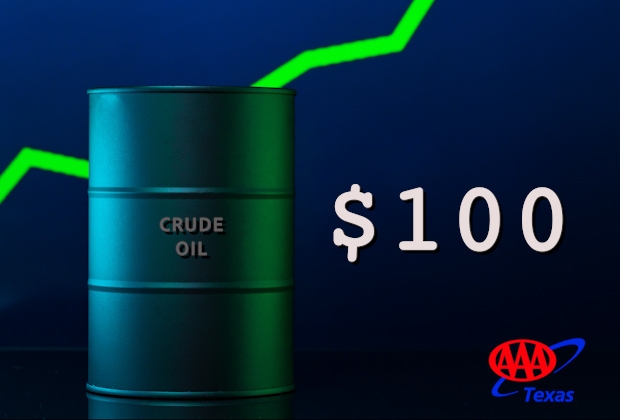 The statewide gas price average in Texas is $3.21 for a gallon of regular unleaded fuel, according to the AAA Texas Weekend Gas Watch. That price is one cent less than from this day last week and is 83 cents more per gallon compared to this day last year. Of the major metropolitan areas surveyed in Texas, drivers in El Paso are paying the most on average at $3.43 per gallon while drivers in Amarillo are paying the least at $3.06 per gallon. The national average price for a gallon of regular unleaded is $3.54, which is two cents more when compared to this day last week and 88 cents more than the price per gallon at this same time last year.

Recent developments in the conflict between Russia and Ukraine have future oil prices soaring to around $100 a barrel – the highest since 2014. For the first time in six weeks, the statewide gas price average for Texas did not increase week-to-week. However, Texans are paying 35% more for gas than this time last year and the highest retail gas prices across the Lone Star State in more than seven years. Market analysts suggest prices will trend upward especially as demand increases going into the spring travel season.

“The upward momentum from pump prices may have paused for a moment, but don’t expect the slowdown to become a trend as crude oil prices continue to rise amid geopolitical and supply chain issues,” said AAA Texas spokesperson Daniel Armbruster. “With Texas gasoline prices 35 percent higher than one year ago, AAA Texas reminds consumers that unless your vehicle requires premium fuel, you’re likely just wasting money, according to AAA Automotive research.”

Drivers in Texas as well as Mississippi and Oklahoma are paying the 2nd lowest gas price average in the country, according to gasprices.aaa.com. Drivers in Arkansas are paying the least at $3.20 per gallon on average, and at $4.75 – California has the most expensive retail fuel prices.

AAA Tips to save money on fuel: 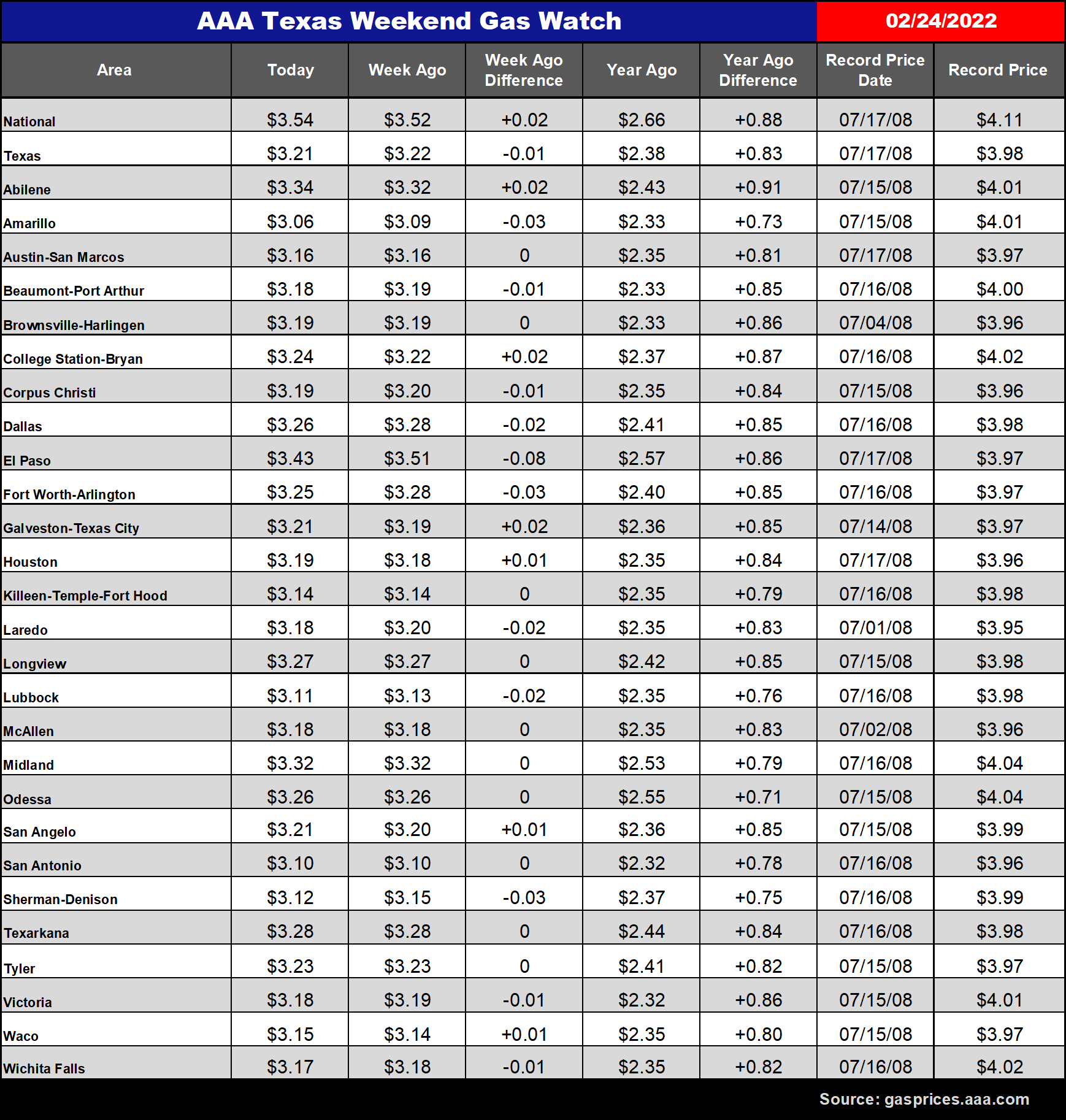